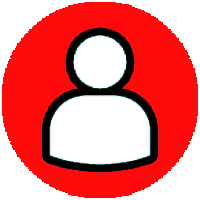 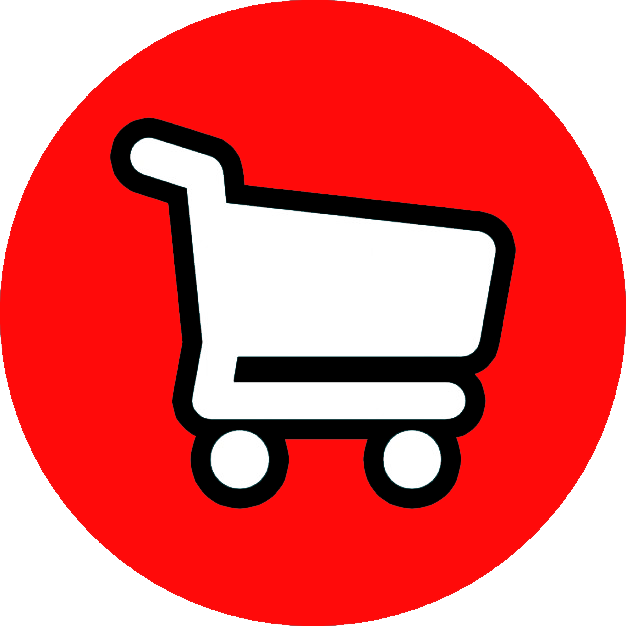 This karate series on Netflix, that has been recorded super fun to watch. Especially because of the 80s hard rock music in it we love so much. We was talking about the American series Cobra Kai, the sequel to The Karate Kid movies. The first season of Cobra Kai was already broadcasted on Netflix in 2018, a hype I totally missed obviously. Followed by season 2 in 2019 and season 3 early 2021. It was with great success, which eventually led to the release of season 4 last December. So, I had a lot to catch up on by now.

I had put Cobra Kai on my Netflix favorites list – the to do list – the not forget-list – the must-see list, but somehow I didn’t get around to watching it. Was it truly because of lack of time? Because of all the other series I still had to watch? Or ….. was I simply procrastinating because I didn’t want to get disappointed? Yeah, the idea of tons of 80s hard rock music in a series speaks to me loud and clear. No doubt about that. But karate? Nah, not so much. I had never seen any of the Karate Kid movies back in the 80s. It simply never spoke to me, just like I skipped all the Rocky movies without a doubt.

Well, maybe that’s why I had this internal conflict in the back of my mind for a while to actually watch Cobra Kai. But eventually the continued enthusiasm of my BFF won me over: hell yeah, let’s do this! Let’s do this right now!

And look at me now. I’m totally addicted to Cobra Kai. I can’t stop watching. I can’t help it. An episode lasts about 30 minutes and every season has 10 episodes, so it is very easy to binge-watch. The storyline in a nutshell is about the original main characters of The Karate Kid movies [and played by the original actors] Daniel LaRusso [Ralph Maccio] and Johnny Lawrence [William Zabka], who are now two middle-aged guys. Daniel is the owner of a highly successful car dealership chain and Johnny works as a handy man and is living far from a wealthy lifestyle. After Johnny decides to re-open Cobra Kai karate dojo to help bullied kids from the valley to find self-confidence, as a response to that Daniel starts his own dojo that has a different karate philosophy.

Daniel and Johnny are now both a Sensei to their pupils but also find themselves martial-arts rivals again, decades after their 1984 All Valley Karate Tournament. William Zabka plays the role of mid-aged Johnny brilliantly. Johnny is the cool rocker and a big fan of 80s rock music, he drives a Pontiac Firebird and later a 2009 Dodge Challenger and he is the non-bullshit kind of guy. But he also finds himself in hilarious moments. Like when he discovers the Internet, Facebook and dating apps and being clumsy in romance. Daniel is the opposite and kind of annoying for that sometimes, but I admire the guy for his endless patience and positivity.

Their personal rivalry storyline gets involved in what their teenage pupils are going through, like bulling, romance, bad home situations and camaraderie. The series also include clippings from the original movies used as flashbacks to let us understand and remind certain situations. When original Cobra Kai trainer John Kreese [Martin Kove] returns at the scene things are getting darker. Overall, the different storylines are presented with a lot of action, humor, [high school] drama, excitement and loads of karate moves and riots. And let’s not forget great 80s hard rock music!

And yes, yes, yes, almost every episode features 80s hard rock gems from bands like Poison, Foreigner, Ratt, Boston, Twisted Sister, AC/DC, Mötley Crüe, Judas Priest, Queen, Survivor, Def Leppard, to name a few. Also, surprisingly, you can hear a few newer bands as well, like Airbourne, Sister Sin and even guitarist Michael Spreitzer [DevilDriver]. And when there is action, the volume is cranking up good. Yeah! But a true highlight of this important fact of Cobra Kai happens in season 3, when Johnny takes his pupil Miguel to a Dee Snider concert for specific reasons, which I won’t tell you in case you haven’t seen it yet. [But if you really want a spoiler alert, watch the scene HERE]

Actually, I have a few episodes of season 4 left to watch, but I really felt the need to take a pitstop giving you this shout out. If you love 80s hard rock music and series with excitement, funny one-liners, drama, fights with a minimal amount of blood and bone fractures, and a strong 80s vibe, you will love this one….

The release date for season 5 is set in either late December 2022 or early January 2023, which gives you enough time to catch up with the first 4 seasons. Enjoy! 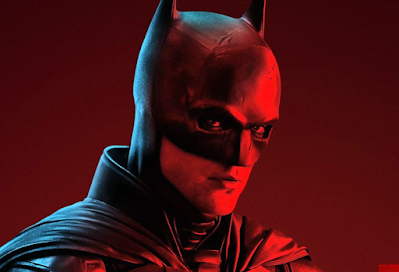 The fact this latest take on the caped crusader has the definite article plonked in front of it tells you a lot about the intentions of filmmaker Matt Reeves. This is not part of the chaotic DCEU, Ben Affleck shuffled off stage left, Reeves keen to make a 'proper film', not a 'superhero movie'. For that reason, The Batman will charm critics and divide audiences, some loving its grimdark atmosphere while others will wonder why a story that features a billionaire dressed as a bat fighting crime in a rocket car has no sense of fun whatsoever. I appreciated Reeves' intentions and his commitment to a vision, though he seemed to be impersonating David Fincher most of the time; however, this is a long, dour watch, one that is lit in a way that makes you keep reaching for a pair of sunglasses that you assume must have fallen over your eyes. This is a (The) Batman picture that many will admire but I can't imagine will top many fans best Batman movie list. The Batman (Robert Pattinson) is in his second year as Gotham's vigilante, bringing vengeance and fear to criminals on the streets aided only by Alfred (Andy Serkis, woefully underused). Distrusted by the GCPD, he has one in ally in honest cop Jim Gordon (Jeffrey Wright, perfect) who brings him into a knotty case: someone is bumping off prominent Gothamites - first the Mayor and then a high-ranking policeman - and leaving cryptic clues that suggest the victims were all involved in corruption. Can the Bat track down this Riddler (Paul Dano)? The Batman may have a new ally too, Selina Kyle (Zoe Kravitz) working for the Penguin (Colin Farrell) at a bar frequented by both the political and criminal elite. 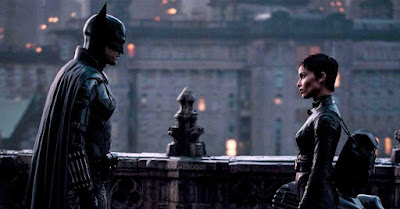 There are a number of influences at play in Reeves's film, based on a screenplay co-written with Peter Craig. The focus on a detective plot with a cypher baiting villain obviously evokes Zodiac (and before it Dirty Harry) while the grisly nature of some of the murders recall Seven. The pace and lighting also scream Fincher though there's a liberal dose of 70's Scorsese also, complete with a tortured soul voiceover like Travis Bickle. Nolan's trilogy also looms large, this film also bending over backwards to not be a superhero picture. From the comics, there are shades of Year One, The Long Halloween, Zero Year and Cataclysm with some of the revisionism offered up by writers such as Snyder, King, Ellis and Tyrion IV that call into question the look of a rich white bloke duffing up desperate and poor people who have turned to crime while the focus on the Bat and the Cat reflect the prominence given to the couple recently, especially by Tom King in his epic run. The comics have often claimed Batman is the world's greatest detective and much of The Batman has Bruce following the clues and making those deductive leaps. This does mean that the film has a lot more talking than punching, though the action scenes are decent enough, especially a scrap in the dark revealed only by the muzzle flashes of the assailants' guns. This is a film, however, that could do with at least one more big action set-piece, the best bit being a car chase between Penguin and Batman in his Batmobile (the car a mix of KITT and Fast and Furious). The ending ups the stakes a bit but felt a little half-hearted, as if Reeves felt that this was required rather than wanted. There's nothing here to match the Bat-Pod chase, for example. 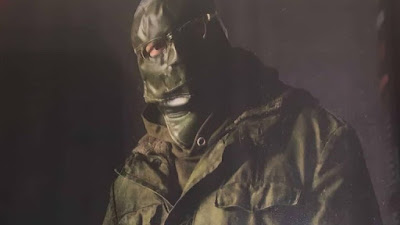 However, enough about what The Batman doesn't do. For those who like their comics books to be called graphic novels, The Batman will delight. It's steeped in atmosphere and neo-noir details, Gotham always either dark, grey, raining or a hopeful pink at dawn or dusk. It's a film that totally commits to a mood, the lighting dialled down, scenes inside often lit with an orange glow as if hell is about to open. The film casts the leads well, Pattinson selling the isolated and vengeful young man who starts to see another way to be the Bat, one that instils hope as well as fear, while Kravitz offers up the most rounded and interesting Catwoman yet. Wright is effortlessly right as Gordon while John Tuturro does well as mobster Falcone. Reeves also offers up novel new takes on well-established villains. Farrell is unrecognisable as Penguin, the make-up, coupled with his performance deliberately evoking Robert De Niro. He's earned his HBO Penguin series. As for Dano, he offers a modern take on the Riddler that is a million miles away from Jim Carrey. Wearing an olive green mask, specs over the top, and giving a clever balancing act of genius and nutter, an incel psychopath, using the internet to fuel his crusade. He makes a good foil for the Batman, even if the two only share a couple of scenes together. Overall, this is an excellently made film, one that treats the premise with perhaps too much gravitas but that is persuasive in its worldview nonetheless, even though it feels a bit too much like Nolan's. Crucially all this successful world building means, should the leads and WB wish, they have an alternative Batman sandpit to play in, separate from the DCEU, with a Joker in Arkham making pals with Riddler and a Batman and Catwoman young enough to make a good few more.